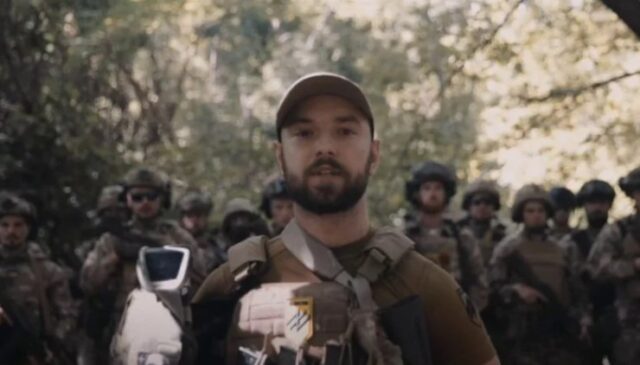 Official statement of the temporary acting commander of the “Azov” regiment, Major Mykyta Nadtochii, Raz-Dva, regarding the mass murder of Ukrainian prisoners of war on July 29, 2022, in the village of Olenivka in the temporarily occupied territory of the Donetsk region:

We regard the attack on Olenivka as an act of public execution. Russia commuted it out of IMPUNITY. They are used to the fact that no one will hold them accountable even for open violations of laws, customs and rules of war.

That is why we – AZOV, Ukraine as a state and the entire civilized world will painfully fight back so that Russia remembers this once and for all. We are already finding out the names of the executors and organizers of the execution of our prisoners. We already have preliminary information, but we are not ready to announce the details yet.

We will find them wherever they are – in the occupied territories of Ukraine, in Russia or in third countries. Ukraine as a state will ensure fair punishment.

For 24 hours they lied about the Ukrainian army, and today they confirmed their crime with a statement from the embassy.

I want to remind Putin, who is personally responsible for this war crime, that don’t talk about rope in a hanged man’s houses

You yourself will be executed. Along with your jackals and embassies. As you like – with all certificates and seals. By decision of the International Tribunal.

The barbarian fake empire will be destroyed.

Russia thinks it killed AZOV, executed it. But AZOV is now all of Ukraine. Every Ukrainian will avenge every one of our tortured and dead brothers.

💶 Bank of Beneficiary (for everything)