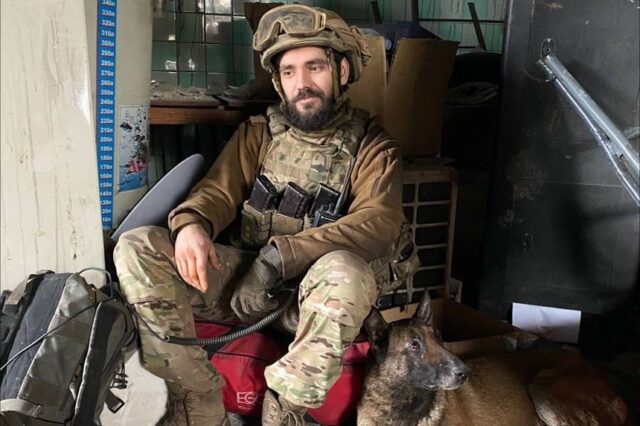 A photograph shows Bohdan Krotevych in a helmet and fatigues, looking weary but peaceful. The big-eyed dog that sits beside him in the picture was later “killed by a Russian mine,” he says. “Kids and women are dying. They are being killed and raped. . . . It’s hell in Mariupol. . . . It’s difficult for me to talk about it.”

Mr. Krotevych, 29, is chief of staff of the Azov Regiment, a unit of Ukraine’s National Guard. Since late April he has periodically sent me text messages from the bombed-out southeastern city, which now resembles Grozny or Aleppo. But Mariupol hasn’t entirely fallen. Surrounded and outgunned, Mr. Krotevych and his “brothers in arms,” as he puts it, have refused to surrender.

Financial donation to the Azov Special Operations Detachment  All money will be spent to buy military equipment for Mariupol defense.