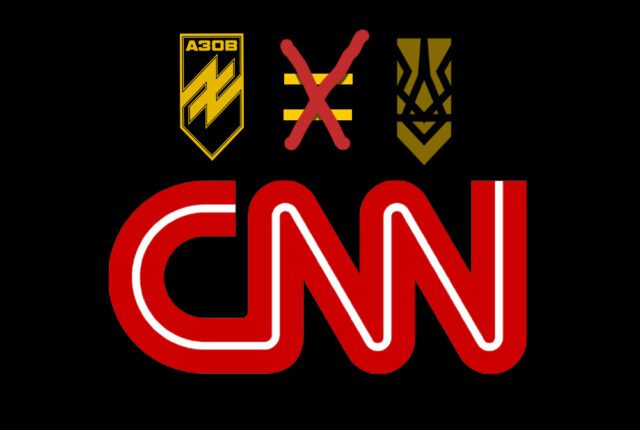 We, Ukrainian politicians of different ideological views, industrialists and businessmen, turn to CNN. We are grateful to you for the most complete and objective coverage of the war in Ukraine. We are also grateful for explaining to your audience what the Kremlin’s manipulations are.

At the same time, we would like to point out Russia’s key anti-Ukrainian tricks that it uses for Western audiences. What is it about?

In declaring his brutal and devastating war, Vladimir Putin called it “demilitarization” and “denazification.” Putin said Russia is dropping bombs on peaceful Ukrainian cities to stop the genocide of Russian-speaking residents by neo-Nazis. The Russian authorities call the AZOV National Guard Regiment an example of such neo-Nazis. We urge CNN to be very careful when commenting on the AZOV topic. As CNN columnists Tara John and Tim Lister rightly say in their columns, this is a favorite target of Russian propaganda. But in our opinion, respected observers have partly become the objects of such propaganda. What is it about?

Firstly. This is about deliberate confusion between the AZOV National Guard Regiment and the National Corps Party. It is true that former AZOV commanders formed a party after completing their military service. It included some veterans of AZOV. The AZOV Regiment is not a wing of the party. It is part of the National Guard of Ukraine under the command of the General Staff and the Supreme Military Command of Ukraine. As for the party, Ukrainian law prohibits communist and Nazi ideology.

Secondly. The authors quote politician Andriy Biletsky, when he allegedly called for a “white crusade” in 2010. This quote was first made by Foreign Minister Sergei Lavrov in 2015 to explain Russian aggression. Since then, it has been used by various media, including the authoritative Guardian newspaper, on which CNN relies. At the same time, the only living witness to Biletsky’s statement is Mr. Lavrov. There is no other evidence that the ex-commander ever said that. The same Lavrov now claims that Russia is not waging a war against Ukraine.

Thirdly. The authors of CNN claim that AZOV was financed not only by the state, but also by the oligarch Kolomoisky, on whom the United States imposed sanctions. The fact is that the oligarch Kolomoisky did support some voluntary associations, but the AZOV Regiment was not among them. In this context, Russia uses Kolomoisky’s name, realizing that this adds additional toxicity for the American audience.

So we are not dealing with accidental inaccuracies, but with clever disinformation narratives that are hitting the most painful points in the West with the sole purpose of weakening military and political aid to Ukraine. We urge CNN to publish our letter on AZOV and Russian propaganda. We also urge CNN to apologize to the military and remove false information. The narrative that the defenders of Ukraine are Nazis hurts the families of soldiers who have already died or are now completely surrounded in Mariupol. It also demoralizes Ukraine’s opposition to Russian aggression.